I like WordPress. I like WordPress in Helvetica Neue. I also would like WordPress even more if their upload modal didn’t look like garbage. So, I took a crack at mocking something up in Photoshop. It’s only the first state of the modal, but it captures a lot of my feedback nicely. 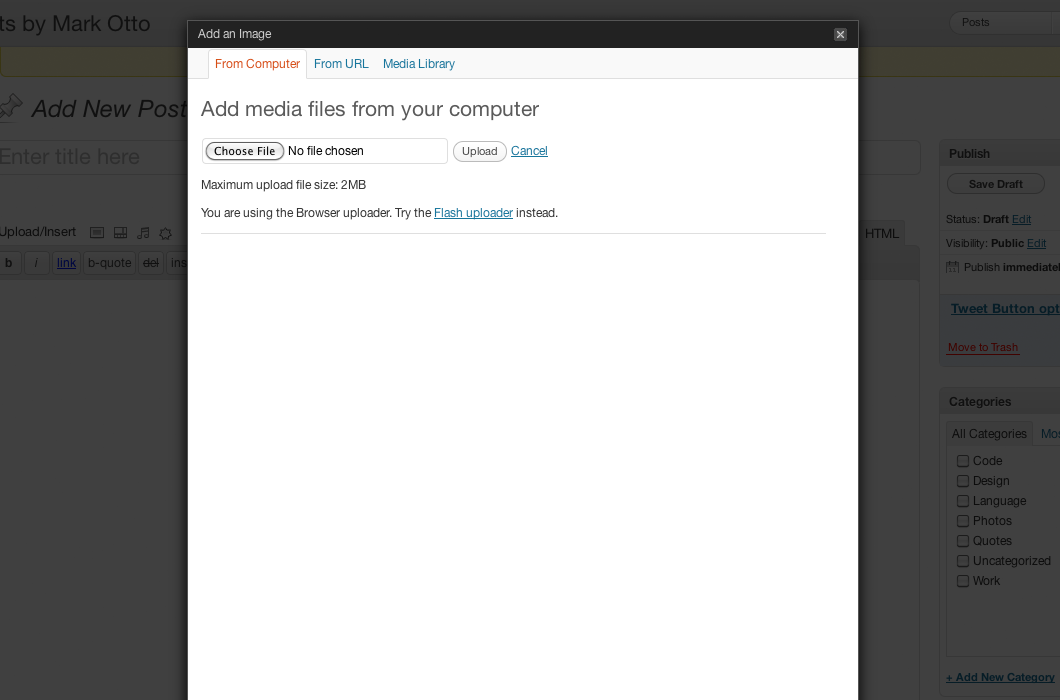 But wait, why does this suck? Well, I’ll tell you:

The meat of my problem with the modal comes from using media, but I’m not tackling that just yet. That’s a little more work than I’m want to put in for now. 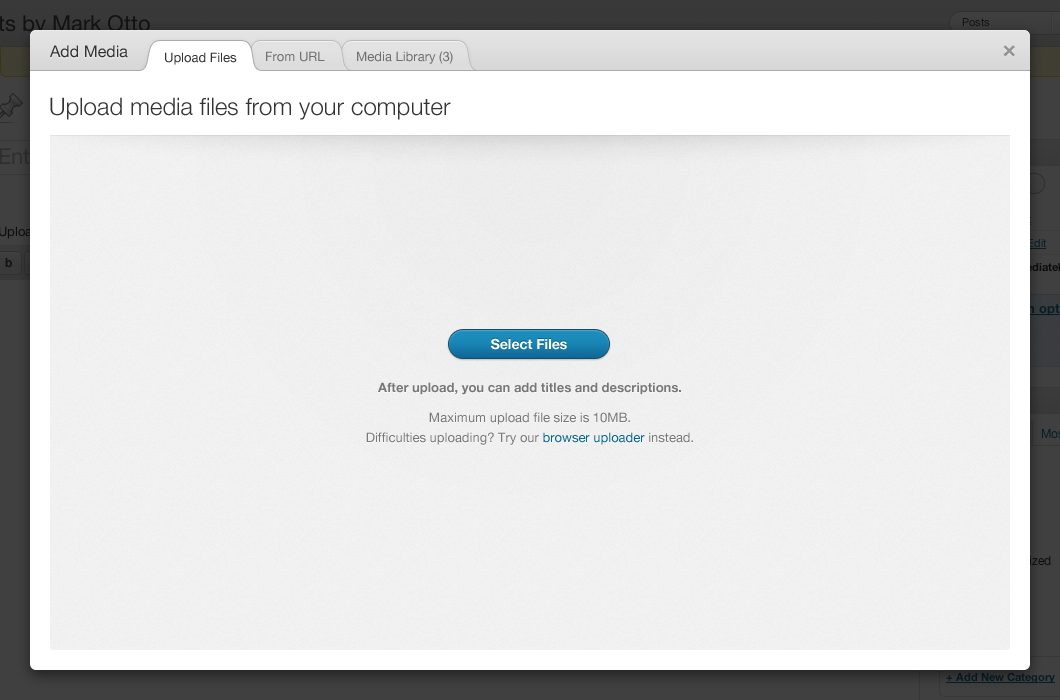 The mockup addresses a few issues I have with the current modal’s design:

And that’s it. It’s nothing official—just putting down an idea that was in my head. Up next? Exploring the other states of the modal. The presentation of and interactions for media files suck even more than it’s general design, so that’ll be a fun and rewarding follow up to this post in due time.